Upon hearing the news of Hidayat’s passage, I am reminded of our last meeting…

We spoke of the future:

His deepest concern was the continuation of his father’s legacy of Religious Freedom, vs the rising tide of sectarianism and separation.

He remembered an earlier attempt to contain the Message, and it’s disastrous aftermath.

His loyalty to the ideal of The Sufi Message of Spiritual Liberty was life long: from his catching the “bowl” which had been dropped, to his rescue of the esoteric papers of the Sufi Movement from the Nazi invasion of Holland, to his behind the lines guerrilla fight against that same atrocity in southern France.

We are so thankful that he agreed to take the helm of the Movement, to make peace with the Ruhaniat and the Sufi Order, and to bring together the separated strands of his fathers vision of Unity — The Federation of the Sufi Message.

His legacy of powerful humility and dedication of purpose shall be an inspiration to us all.

Our prayers go out to his long time companion, Murshida Aziza.  May her journey forwards be light filled and an ease to her body.

Ya Salamo dearest Godfather and Elder.

We are so thankful to have had the blessing of knowing and interacting with you.

Please enjoy a picture I took of them during that lunch in Haarlem. 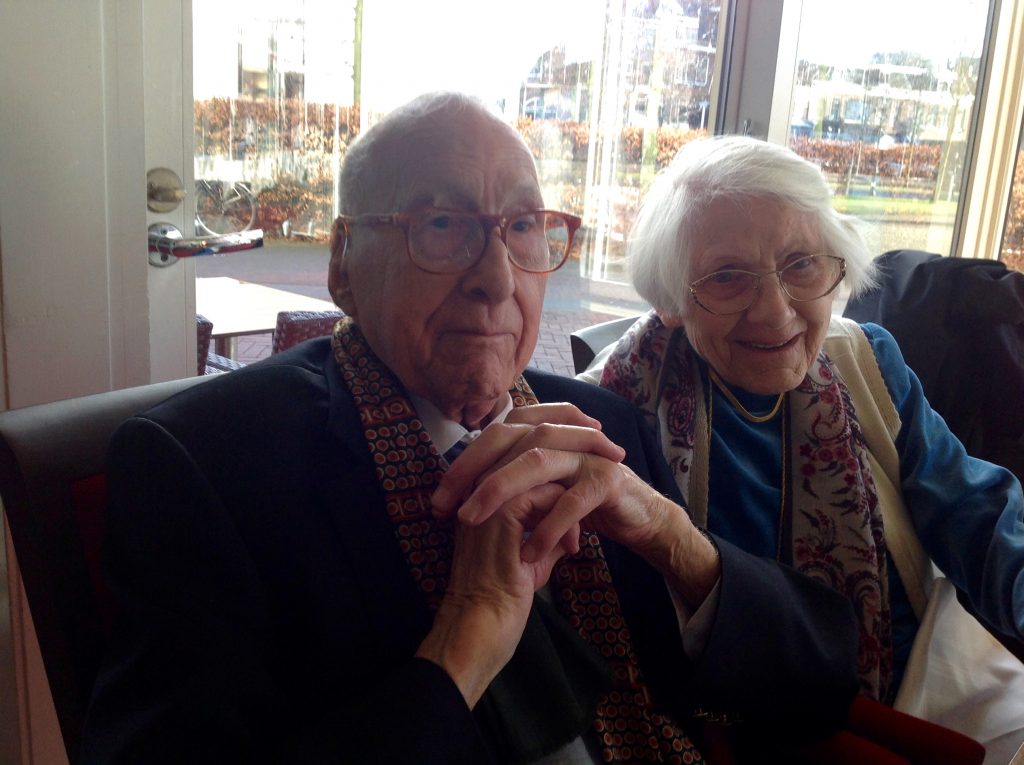